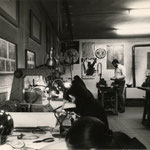 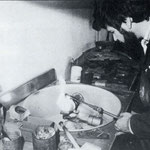 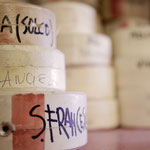 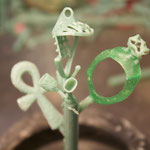 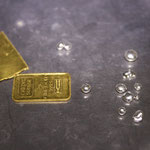 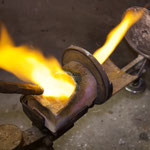 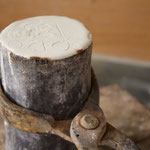 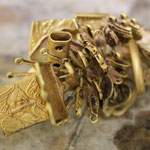 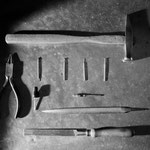 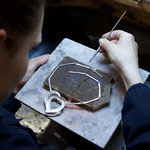 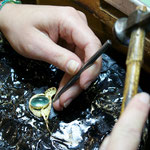 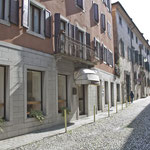 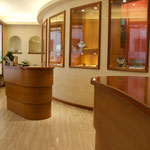 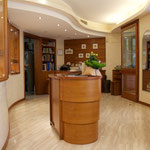 In 1967, thanks to a grant provided by ESA for new graduates of the Art Institute and supported by enthusiasm and passion, Elio Mazzola opened his first goldsmith studio called “Sperimentazione Orafa” in Udine, in a former carpentry in alley Cicogna.
In the same year, and the following one also, he received the "Sole d’oro" award – under Modern Goldsmith category - a prestigious prize given by the Handicraft Exhibiton of Sanremo.
It’s when the studio moved to via Gemona in 1970 that creations experienced a slow and unstoppable evolution. In 1978, his brother Sergio joined the company. In 1982 the goldsmith workshop moved to the historical headquarter in via Giovanni da Udine, where Fucina Longobarda Mazzola, the new name given by the two brothers at that time, still keeps its activity.
In the new headquarter, the family firm - consisting of Elio, his brother, his nephews, his son Nicola and his daughter Federica - focused on an exclusive jewelry creation.
Over the years, Fucina Longobarda Mazzola manufactured many prizes such as: the “Ducato dei Vini Friulani” locket, the "Saete" a silver sculpture representing the mascot of the Motorcycle club “Carnico” and other prizes that the a.m. motorcycle club assignes during its events; the "gerla d’argento" and the "friend d’oro", commissioned by A.S.C.A. as literacy prizes; the "Boscaiolo dell’anno" commissioned by the Union of Artisans and Small Enterprises of the province of Udine and the medal symbolizing the Palace of the Regional Council commissioned by the Autonomous Region of Friuli-Venezia Giulia.
Many others plaques and commemorative medals commissioned to Fucina Longobarda Mazzola by Public Authorities, private companies and associations have been assigned to important public people such as Mrs Ciampi, some former Italian presidents such as Mr. Oscar Luigi Scalfaro, Mr. Carlo Azeglio Ciampi and Mr. Giorgio Napolitano; Mr. Renzo Tondo and the Holy Fathers John Paul XXIII and Benedict XVI, just to name a few.
The generational transition occurred in 2009 when Clarice, Nicola and Federica took the place of their parents.
However, Elio and his brother kept on giving them valuable advices thanks to the expertise they gained in half a century.
In 2014 some members left the company and now Fucina Longobarda Mazzola is headed by Elio Mazzola, Nicola and Federica and has three employees: Gabriella, Barbara and Maria Maddalena.

1967 and 1968: “Golden Sun” assigned by the Craft Fair of San Remo in modern jewelry category.
1987 certificate of merit with gold medal assigned by the Chamber of Commerce, Industry, Craft and Agriculture of Udine, as the company distinguished for its dynamism and innovative spirit, brilliant interpreter of Made in Friuli.
1987 certificate of merit recognized by The Craftsmen Union of Friuli, to the entrepreneurial capacity and the passion demonstrated in the managing the company.

Events where we took part in on the past

We partecipated in many regional, national and International xhibitions, festivals and events, organized by both public and private institutions.